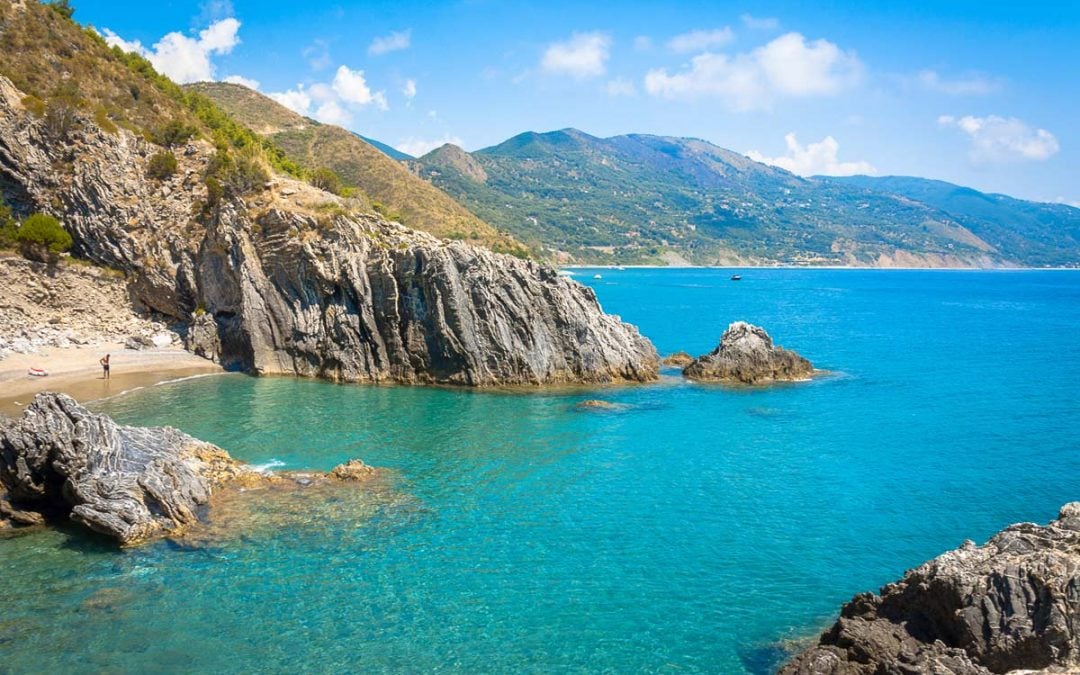 There are few regions in Italy that don’t hold wonders worthy of becoming holiday destinations. Of course, its famous cities such as Rome, Venice, Florence, Milan and Sardinia have become the main focus of many new visitors. However, some of Italy’s overlooked destinations are actually its most beautiful. They benefit from a minimal amount of overcrowding and tourism, giving them an authenticity that other places might no longer possess. They offer peace and tranquility that busy summer destinations and cities certainly lack. Discover seven of Italy’s overlooked destinations with this short guide. Though not definitive, it will help give you inspiration for your next trip to the Italy, providing an insight into the country’s culture and people that you might not always experience in more popular destinations. 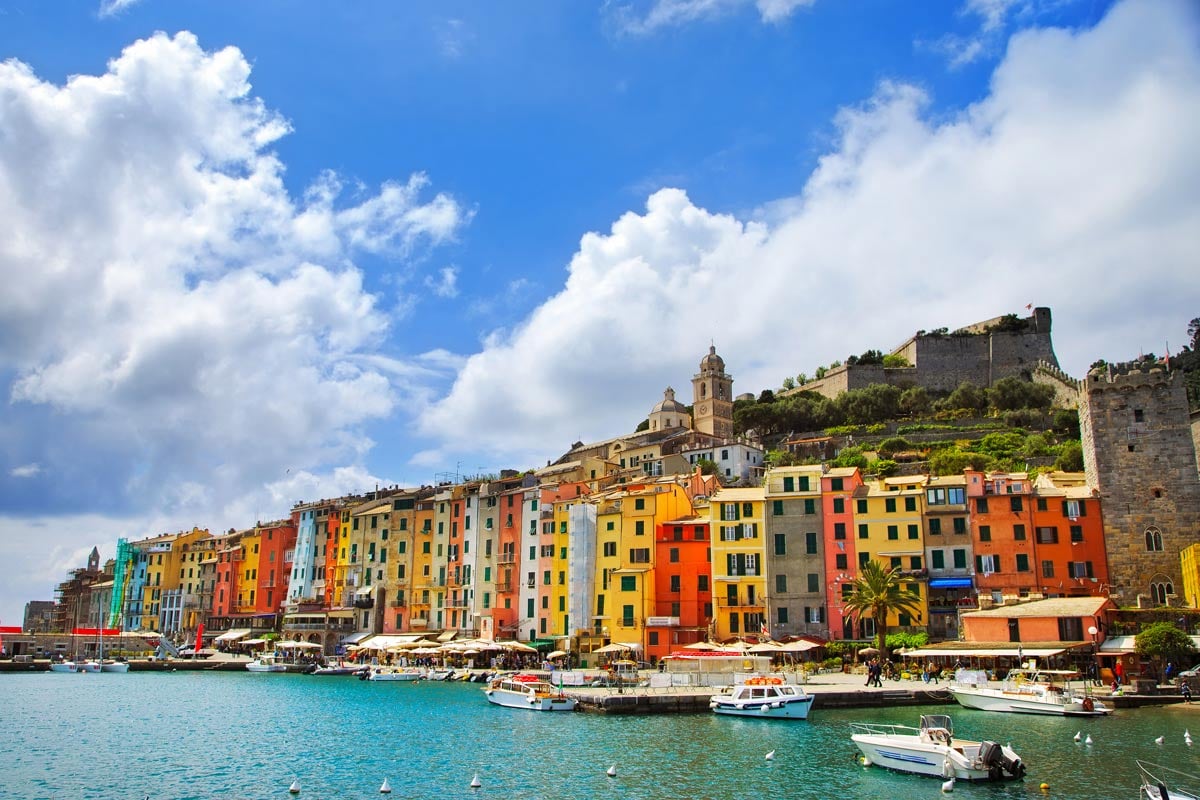 Portovenere is a small seafront town in Liguria, the northwestern coast of Italy. This region is also home to Genoa and the Cinque Terre coastline. This town, however, is still relatively unknown, though of course not completely immune to tourism. The name derives from Porto di Venere or Portus Veneris in Latin, which means Port of Venus. The name is well suited, as its unique mixture of colorful seafront houses and rough fortress and castles in its hills create a singularly romantic atmosphere.

The lifestyle is slow and laid back, it is the kind of place you wander around without goal nor care. You might consider stopping for an aperitivo at a seafront café. Alternatively, stroll up to the Castello Superiore or pop into the 12th-century San Lorenzo cathedral. One an adventurous day you might hire a small boat to visit the nearby archipelago of Palmari, Tino and Tinetto. You might even make an excursion to the nearby Cinque Terre. Sometimes dubbed the Bay of Poets, this is where Lord Byron came for inspiration. Today it is a place visitors look to clear their minds, reset, and soak up a stripped back simplicity.

Filicudi: a secluded island off the coast of Italy, Filicudi has a unique history and perfect white beaches with crystal-clear waters. 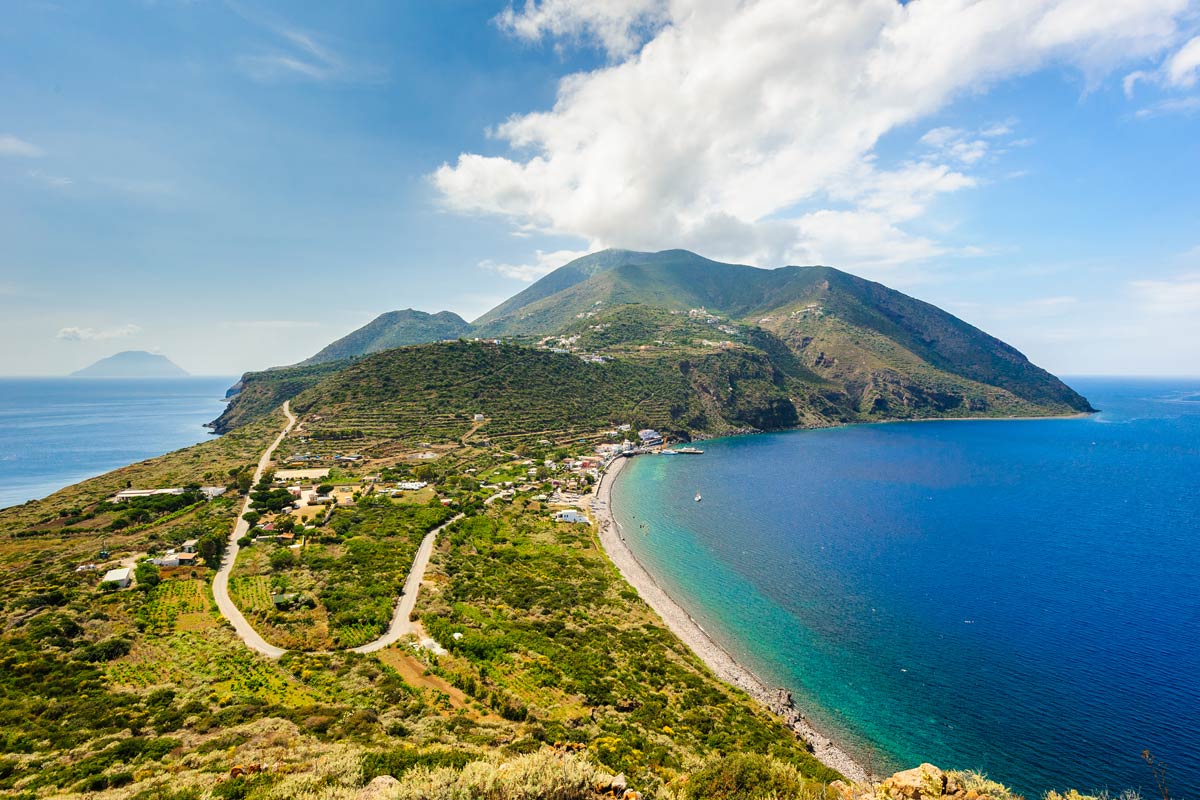 Filicudi is one of the Aeolian Islands that lie off the shore of Sicily. Here it is almost as if you are transported to a different country far away in the Caribbean. Dolphin and turtles populate its waters, whose azure shades lap gently onto pristine sandy beaches which slowly turn into green shrubbery. The authenticity of this island life is still in tact, not having a wide range of tourist facilities. Unlike other Italian islands, Filicudi doesn’t have the nightlife and beach clubs. Instead, you will have no trouble finding a secluded piece of beach, your own slice of paradise.

In summer it has become a favorite to a few regulars, who sometimes hold private parties and festivities, but all in all the serenity of this island life is completely in tact. This is the place to lie under the stars with a loved one, to explore the wilderness before stumbling across the sea and taking a dip in its waters. You won’t need much more than a kaftan and bathing suit here – that and a good book will see you through a sublime retreat from the bustle of daily life.

Pisciotta: a hidden cliffside town in Campania, Pisciotta exists in a dreamlike bubble of idyllic tranquility. 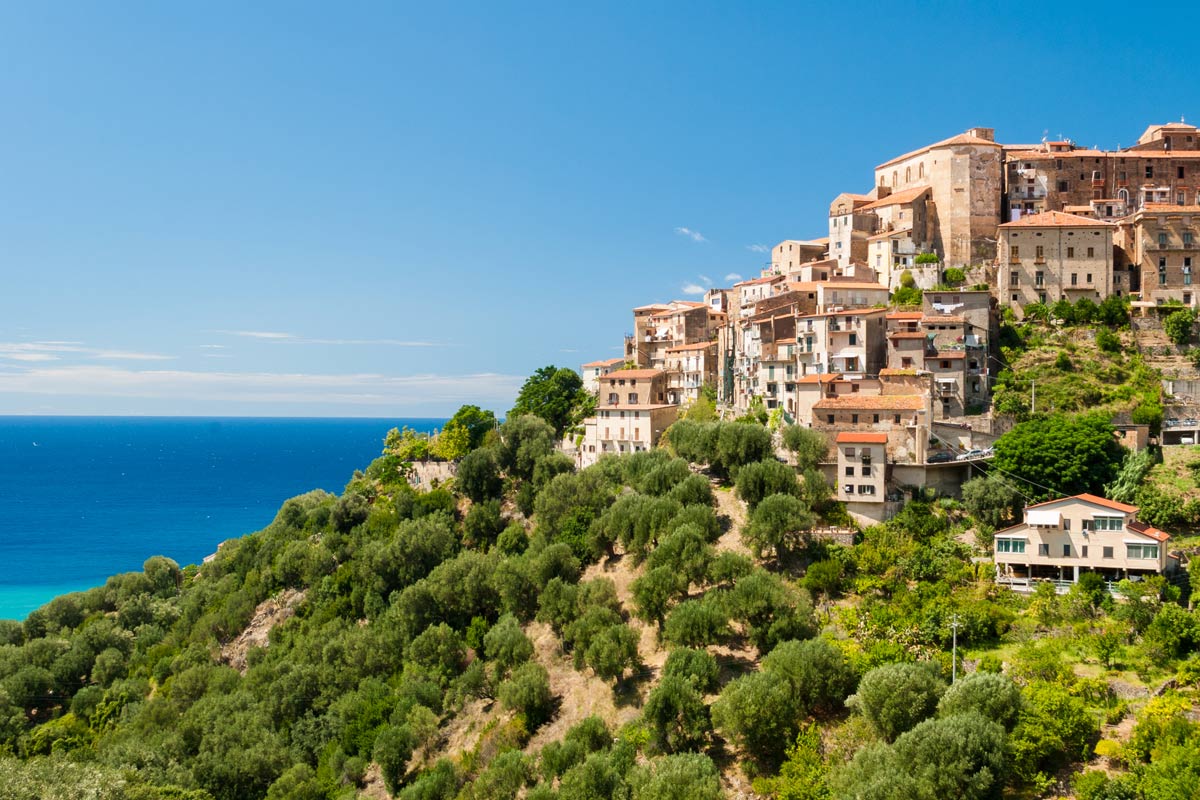 Pisciotta lies on a steep hill on the Cilento coastline in the Campania region. It is a medieval borgo that very much still transports its visitors back to this time. Being quite hard to reach from all sides, little development and modernisation has taken place. This also means that it affords its visitors a bubble-like seclusion on this tranquil segment of coast. Narrow streets wind their way around the houses of the town, and often become home to an old couple playing cards, housewives chatting away or children playing with each other.

The Marina Pisciotta lies at the foot of the promontory that descends from the town. Here you will find quiet beaches with calm and clear waters. This is one of many Italian shorefronts that has been awarded a Blue Flag for its cleanliness and natural beauty. Come here to switch off and delve into a dreamlike state completely separate from real life and worries.

This small town lies in the Veneto region in norther Italy. In the same way as its famous neighbour, Venice, Treviso also has many canals running through its center instead of streets. Italians know it as the birthplace of prosecco wine, which visitors can find in abundance. There are next to no tourists here, meaning you can enjoy the novelty of such canals in your own time, rather than navigating the crowded pathways in Venice. What is more, Treviso has its own cultural history in its churches, one of which holds the tombs of Dante’s son and Petrarch’s daughter. The baroque architecture that defines this town makes for an extremely picturesque and noble-looking town landscape. 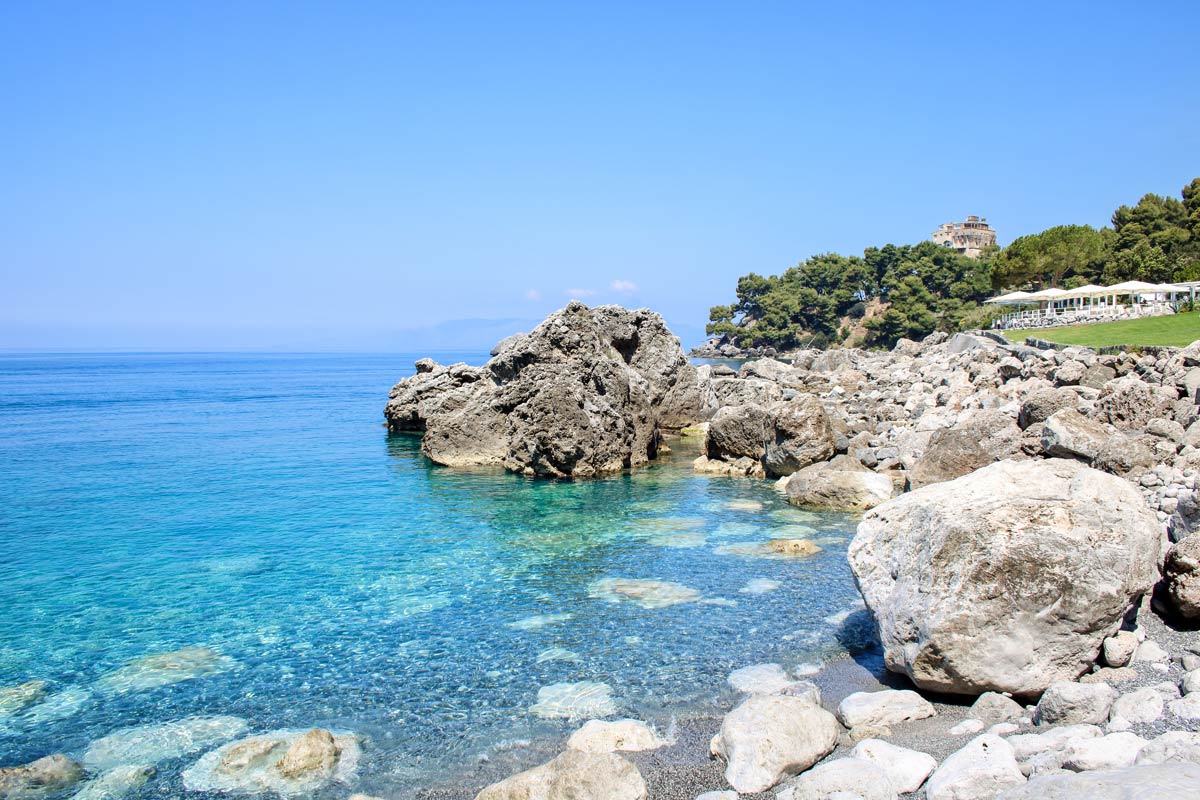 Maratea is the only one of Basilicata’s towns that lies on the Tyrrhenian sea, meaning many often mistake it as belonging to Campania. It sometimes goes by the town of 44 churches because of it has so many. Just as it has such a variety of churches, so its landscapes vary greatly. Here you will find a stunning shoreline, forested hills and even imposing mountains all part of the town’s immediate surroundings. The town itself is topped off by a large statue of the Christ, how locals believe look outs over all they do. A place of breathtaking natural beauty, Maratea often comprises a part of Italy’s most overlooked regions. This is the place to find a break on a tour through the south of Italy, or even a place to retreat for a holiday in itself.

Lake Iseo: despite its famous neighbors, Lake Iseo holds its own with quaint lakeside towns and a calmer atmosphere.

Lake Iseo lies in the northern Italian region of Lombardy. It is much smaller than its more famous northern cousins such as Como, Maggiore and Garda. It has moreover long been popular amongst Italians as a holiday destination. Nevertheless, foreign visitors never seem to consider it when compared to the better-known lakes. Nevertheless, Iseo has curated its own particular form of holidaying, with a decidedly relaxed atmosphere. There is much to do here, not just on the lake but also its lakeside towns. Here you can explore the charming side streets of Iseo and Sarnico, or take a trip to Monte Isola, Europe’s largest lake-island community. Whilst you are here you must also taste the Franciacorte wines whose grapes grow in this very area and compliment its cuisine perfectly. 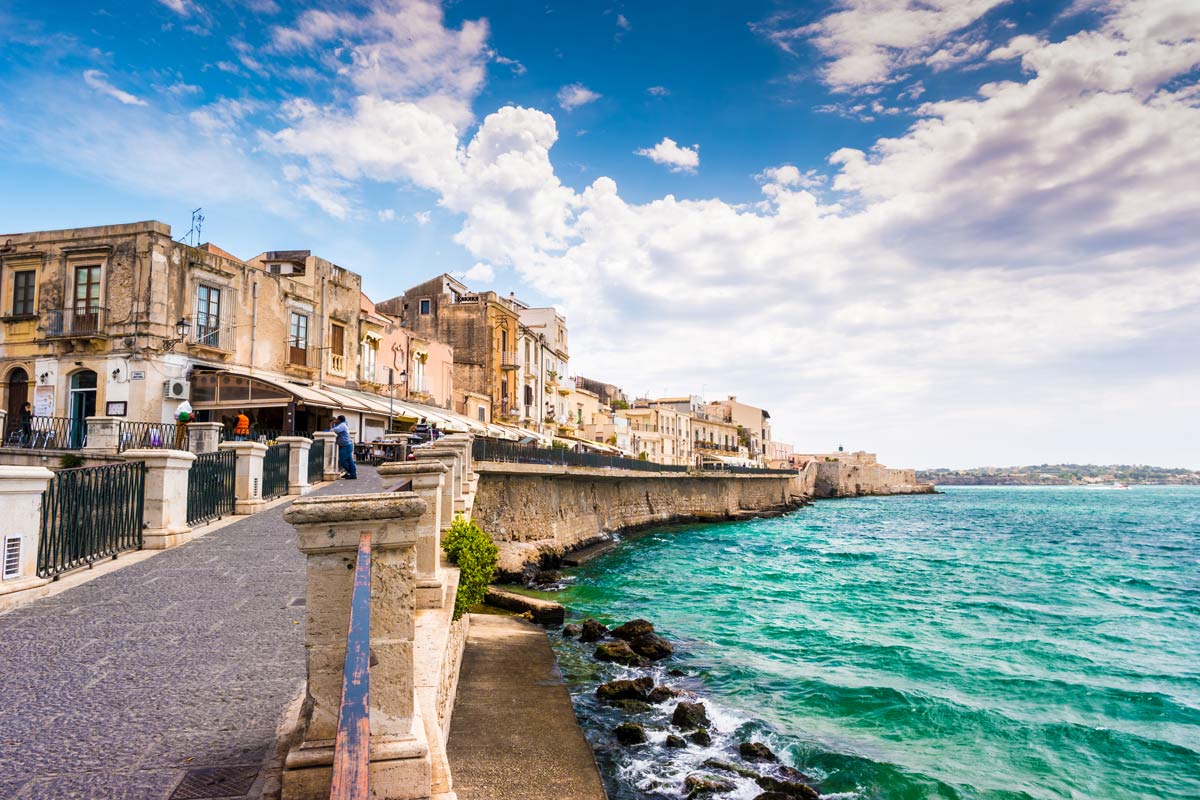 Siracusa, or Syracuse in English, lies in southern Sicily and is one of Italy’s most ancient settlements. Ancient Greeks truly left their mark here, though this is just one of the many cultural wonders this characteristic town offers. Cicero described Siracusa as “the greatest Greek city and the most beautiful of them all”. Today this is truer than ever, despite its Grecian era being long over. Aside from Greek ruins such as the Temple to Zeus, you can also view works by the likes of Caravaggio in its churches. Moreover, the tomb of Archimedes lies in this town, as well as the amazing Basilica di Santa Lucia.

What is more, in addition to all of this splendid culture, the beaches and seas that border the town are something straight out of a dream. With turquoise highlights and clear visibility, Siracusa’s waters take you far away from the long history of the town. Instead, you will find yourself in a realm where gentle waves carry all your worries and stresses away. Despite such a rich cultural offering, Siracusa remains one of Italy’s overlooked destinations. That said, this town is growing in popularity so make the trip soon before it becomes Sicily’s hotspot!