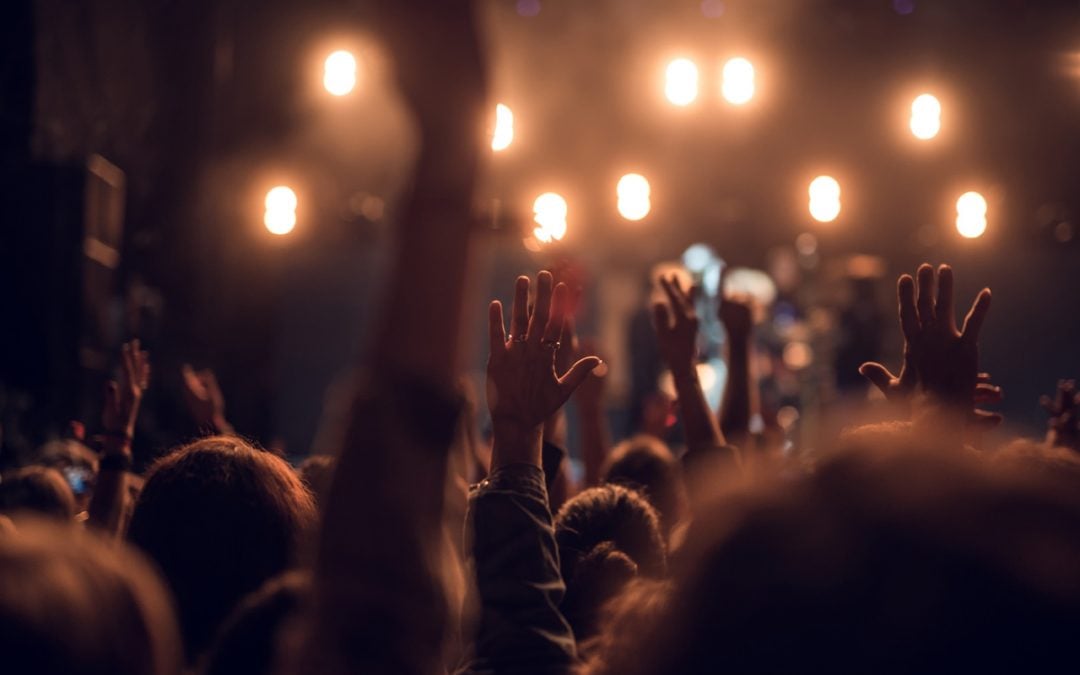 Music is a universal language that has been communicating emotions, stories and events since history began. In Italy, this is no different. In fact, this is the land where many famous musicians, composers and genres were born. Be it Vivaldi, Pavarotti, Einaudi, Rossini or Puccini – throughout history Italy has produced some of the world’s most memorable sounds.

Moving into the modern era, jazz, hip-hop, pop, indie rock, electronic and techno trends started to arise. These have gained increasing popularity in this peninsula, especially throughout the last few years. With such a wealth of musical culture, it is no surprise that the number of music festivals in Italy has recently soared.

Interestingly, many of these festivals don’t simply limit themselves to music. There is a recognition that music in Italy is inextricable from its other artistic heritages, be it literary, artistic, cinematic or theatrical. There is also a recognition of that fact that much of Italy’s music takes its inspiration from its enchanting landscapes. As such, music festivals in Italy often combine world-class musical performances with workshops, events, screenings and other performances. Of course, these all also take place against the singular backdrops of the Italian landscape. 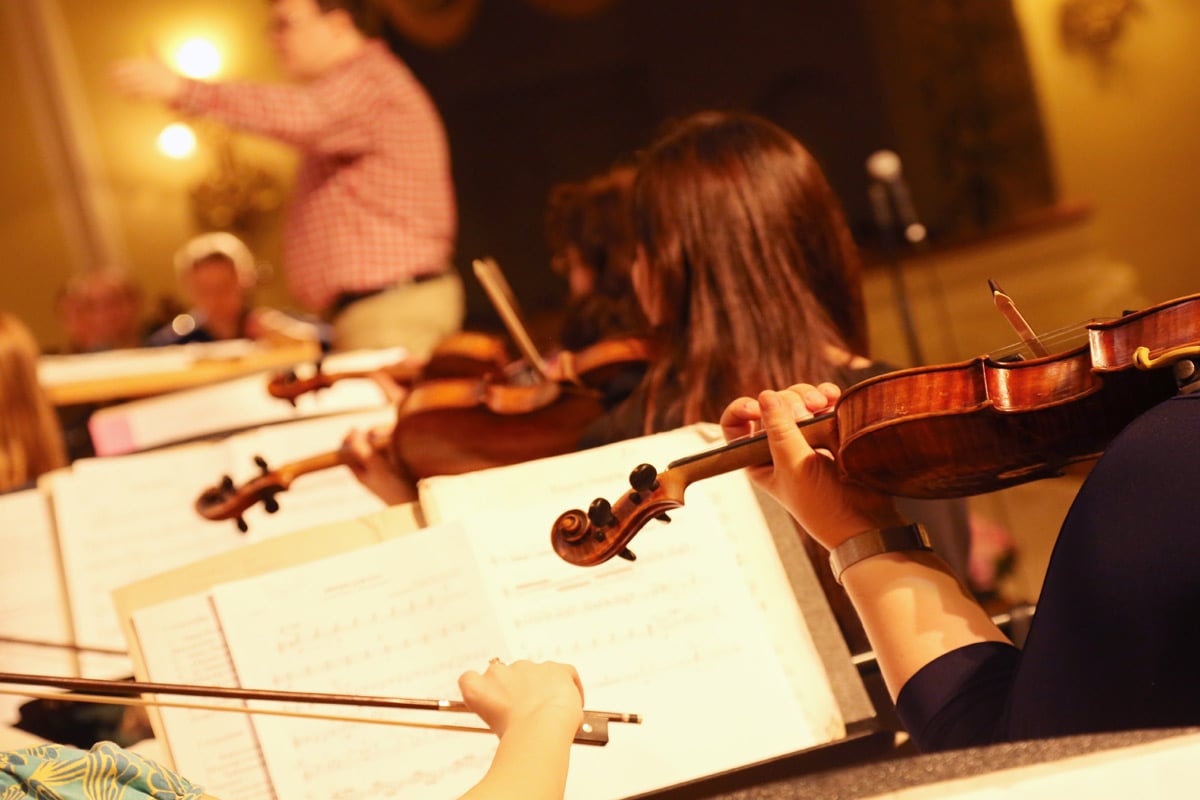 Below you will find 10 of the most popular and celebrated music festivals in Italy. Just as the festivals themselves spread all the way through peninsula, so the genres vary to great degrees. This means that there truly is something for everyone and all music tastes are catered to. Whether you are a lover of opera, of jazz, of dance or of indie music – Italy is the place to be when it comes to great music in just as infectious atmospheres.

What: This is one of Italy’s biggest music festivals lasting four days and spreading across eight stages. The 160 performances that take place are predominantly music, though you will also find panel discussions and literary events. Since its birth in 2010, Home Festival has pulled internationally renowned artists to its stages, from Editors to Liam Gallagher, Martin Garrix and The Prodigy. The music can thus range from pop to rock, electronic to indie. The festival takes inspiration from others such as Sziget, Tomorrowland and Coachella. As such it is now unsurprisingly one of the most popular festivals on the Italian peninsula!

When: Four days around the first weekend in September 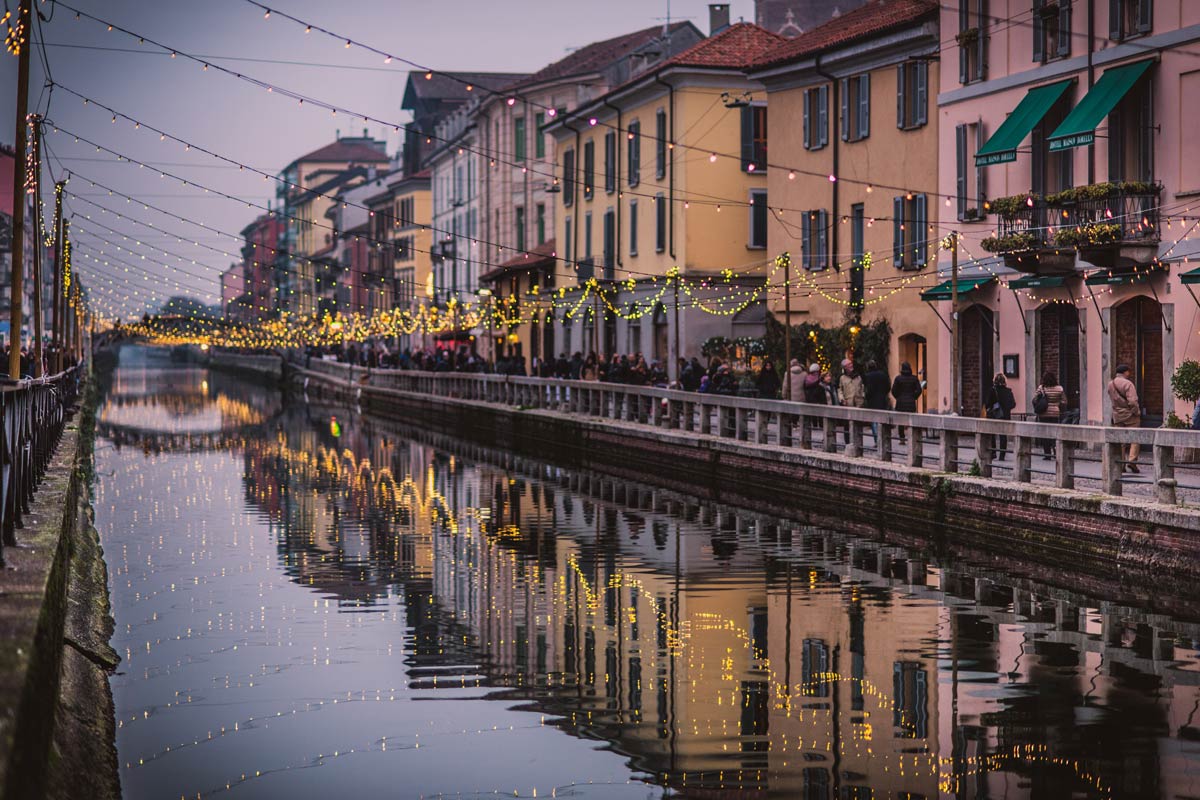 What: MI AMI, or Musica Importante A Milano is a three-day concert that unfolds in Circolo Magnolia of Milan’s Idroscalo. Not just a music festival, here you can also experience live painting and enjoy cinematic performances and visual arts. That said, the focus of the festival very much remains on musical performance. The programme first appeared in 2005, and was headed up by an ex-psychiatrist, Paolo Pini. Now, every year around 60 artists descend on Milan to entertain an ever-growing crowd of youthful, energetic fans. The music claims to remain genre-less, though there is a certain independent, alternative vibe to many of the performances. The festival also has a popular vintage market!

When: three days during the last week of May

What: This widely-acclaimed festival takes place in the Eternal City, Italy’s capital. It avoids the standard music festival set up and instead spreads its performances out over a whole month. The music is principally of the rock and alternative genre as the name might suggest. That said, there are exceptions to the rule, with rap and electronic artists occasionally making the cut. Previous artists include The Red Hot Chilli Peppers, The Killers, The Chemical Brothers, Bruce Springsteen, Avril Lavigne, The Beach Boys and The Arctic Monkeys. Every year there are more events and more artists, making it one of the most exciting festivals in Italy. Every year you can expect the unexpected with its new, fresh faces as well its big names that just keep getting bigger and bigger! 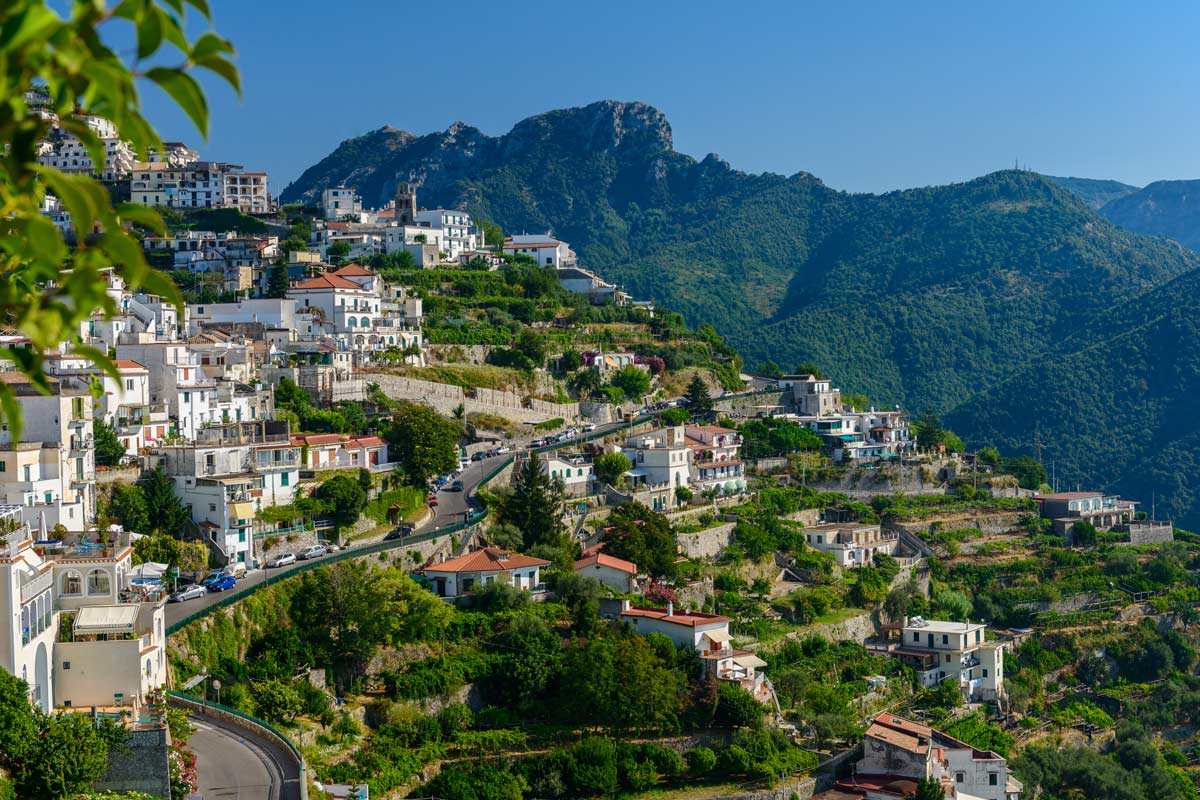 What: This is perhaps the most famous of the classical music festivals in Italy. Every year it attracts some of the world’s best musicians, orchestras, conductors and singers. It even draws in actors and directors for their literary, theatrical and cinematic events. It first began in the early 50s, in honor of the composer Richard Wagner. Since then it has become internationally known for its incredible events and concerts that feature orchestras such as the Müncher Philharmonker, St Petersburg Philharminic and the London Symphony Orchestra. Soloists that have performed here in the past include Lupu, Ughi and Rostropovich, whilst conductors such as Barbirolli, Mehta and Prêtre have all lent their talents to the festival.

Opera is also very popular here; Domingo, Behrens, Cura and Meier have all sung here. But classical music is not all you can expect here. Jazz players such as Caine, Hancock and Marsalis have all performed here, and acotrs and directors such as John Malkovich, Toni Servillo and Dino Risi have all taken part in the festival. Something that visitors cannot miss are the unforgettable dawn concerts, where world-class musicians and orchestras welcome the day with their talents.

When: Annually every summer season

What: This international and varied festival has, for most of its life, taken place in Bologna, a city known for its student spirit. However it has recently moved to Monza in Lombardy. Its line up is rather incredible, with international stars coming to the Independent-Days festival. In the past, festival-goers have enjoyed the sounds of Green day, Justin Bieber, Shura, Sigùr Rós, Blink-182 and Martin Garrix to name just a few. It is moreover perhaps one of the longest standing of our popular music festivals in Italy, having been established nearly 20 years ago in 1999.

When: Three days in mid-June 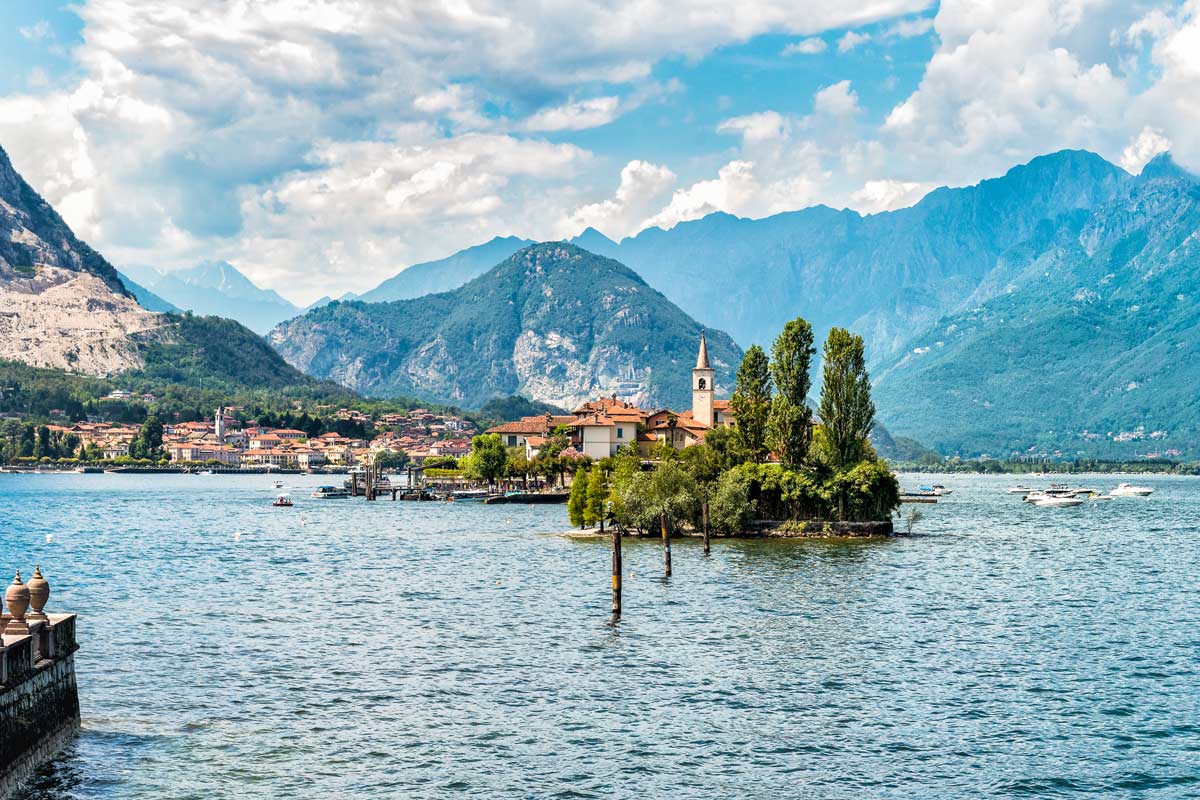 What: This is undoubtedly one of the most important classical music festivals in Italy. It first took place in 1961 and since has gathered a following that warrants the performances of the leaders in classical music. It was the Venetian Italo Trentinaglia de Daverio who came upon the idea to start such a festival. This is partly due to his musical heritage: is father was director at the Teatro alla Scala in Milan, and his family had a house in Stresa where they would often entertain musical personalities as guests.

Though initially confined to just a few venues, today both new and historical locations lend their spaces to this festival. For example, every year a new artist performs Bach’s Suite for Solo Cello at the Hermitage Santa Caterina del Sasso. The festival attracts solo artists, groups and orchestras alike. Some of its biggest names include The London Philharmonic Orchestra, Dietrich Fischer Dieskau and Yuri Temirkanavo.

When: every summer season

What: This ’boutique’ festival was the first of the music festivals in Italy to enter the European Festival Awards in the ‘Best Small Festival’ category. Its vibe centers itself around indie music and culture. The atmosphere is intimate, friendly and firmly rooted in a creating a shared atmosphere of fun and creativity. The first Ypsigrock occured in the summer of 1997 in Castelbuono, which is just half an hour’s drive away from Palermo. Previous artists include Bry, Rejjie Snow, Klangstof, Kassiel and Aldous Harding.

Though it’s small size doesn’t attract the big names, the music performed here is consistently of a good quality. The ypsigi, as these festival-goers like to call themselves, look to share a good time dancing to some interesting new indie sounds. To finish this concoction off, all of this plays out to the backdrop of the breathtaking Sicilian mountainscape, given Castelbuono lies in the Madonie Mountains.

When: Four days, usually in the second week of August 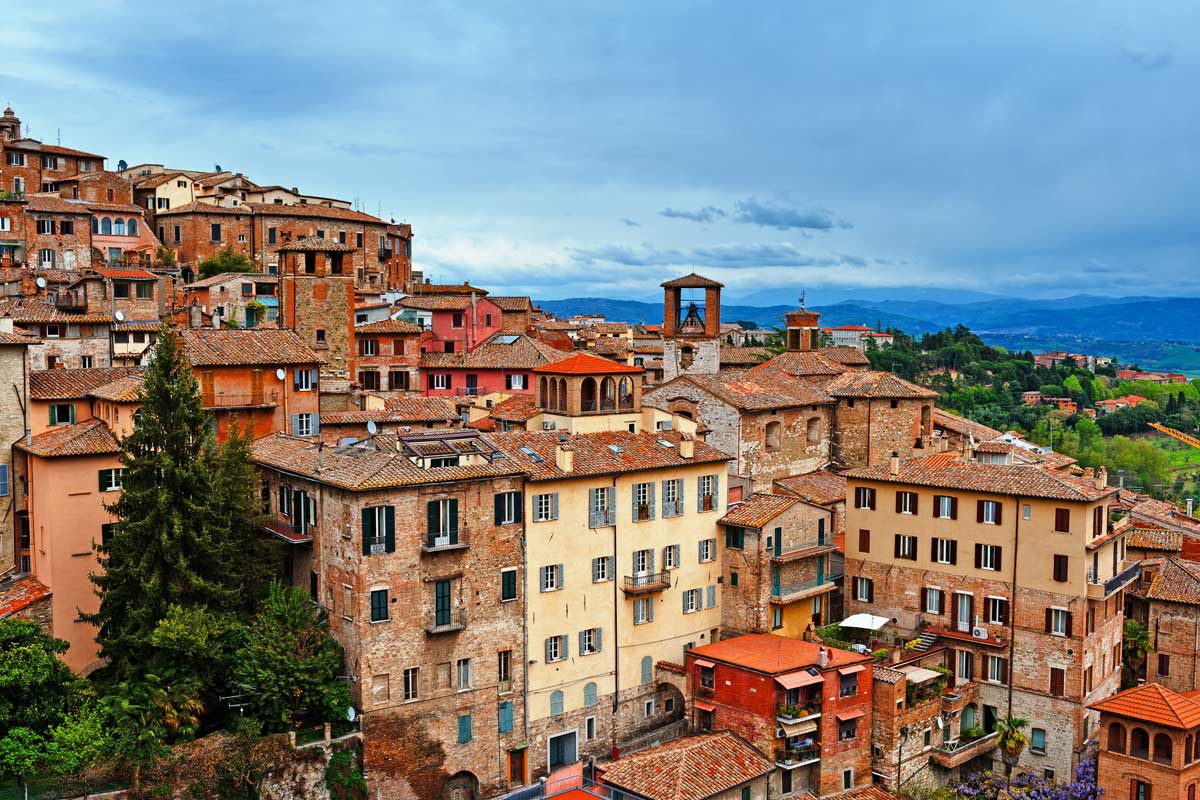 What: This jazz festival is one of Europe’s best, and is one of the things for which the Umbria region is best-known. Events and concerts take place throughout the region, in places such as Perugia, Orvieto and Assisi to name just a few. Both long-standing, celebrated artists and gifted newcomers on the jazz scene have the opportunity to share their talent with crowds that come not only from all across Italy but across Europe, if not the world. Detailed programs can be found on their website. Previous artists include Lettuce, Jamie Cullum, Brian Wilson, Dee Dee Bridgewater, Jacob Collier and Hikari Aoki.

Where: Umbria (many of the main events held in Perugia, the regional capital)

When: There are various events throughout the year, throughout the region. Check website for more details. Officially it lasts for a month in early summer.

What: This is the 1988 brainchild of Paolo Fresu, a musician himself, who is still artistic director of the festival. It started out as just a three-day collection of jazz artists, but today is much much more. In fact, here you will find cinematic, visual, dance, theatrical and literary performances, events and workshops that last for a whole week in mid-August every year. This is now one of the few widely and internationally-recognised music festivals in Italy. One of its most unique charms is its incredible selection venues. You can listen and watch performances in woodland, piazzas and archeological sites. These are particularly atmospheric and enchanting come evening, when the biggest and best performances are usually scheduled. Some of the events and programmes are free (mainly during the day) but for others you will be charged a fee.

When: early-mid August, one week long 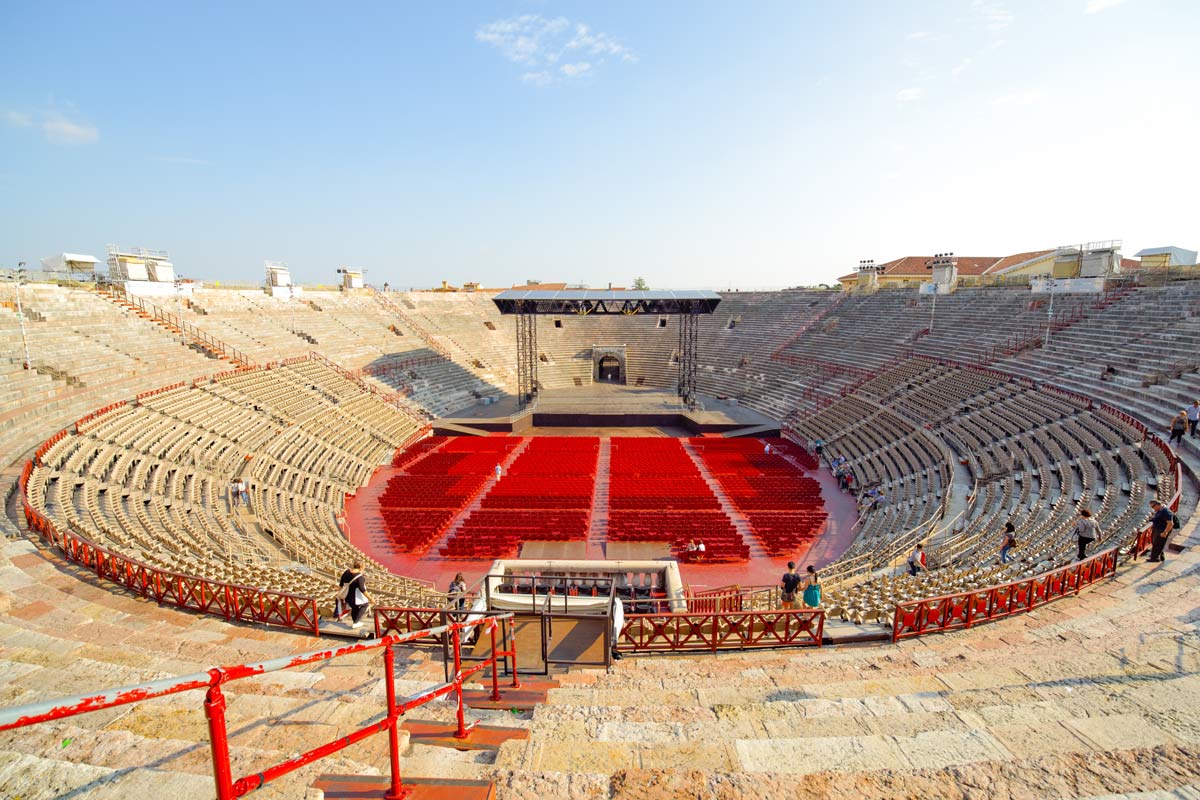 What: This festival almost needs no explanation. Experience both classic and innovative operas, performed by some of the world’s best operatic artists and staged in one of the most atmospheric settings. There is no festival like this, and even opera amateurs will be swept up in the magical ambiance of the incredible staging and ancient amphitheater setting! Make sure to buy tickets well in advance, though, as it is an extremely popular event. Even if you just visit Verona as part of a wider travel through Italy, this is a perfect way to soak up the very best of the city! This is without a doubt one of the most atmospheric and historical music festivals in Italy.

When: mid-late June through early September