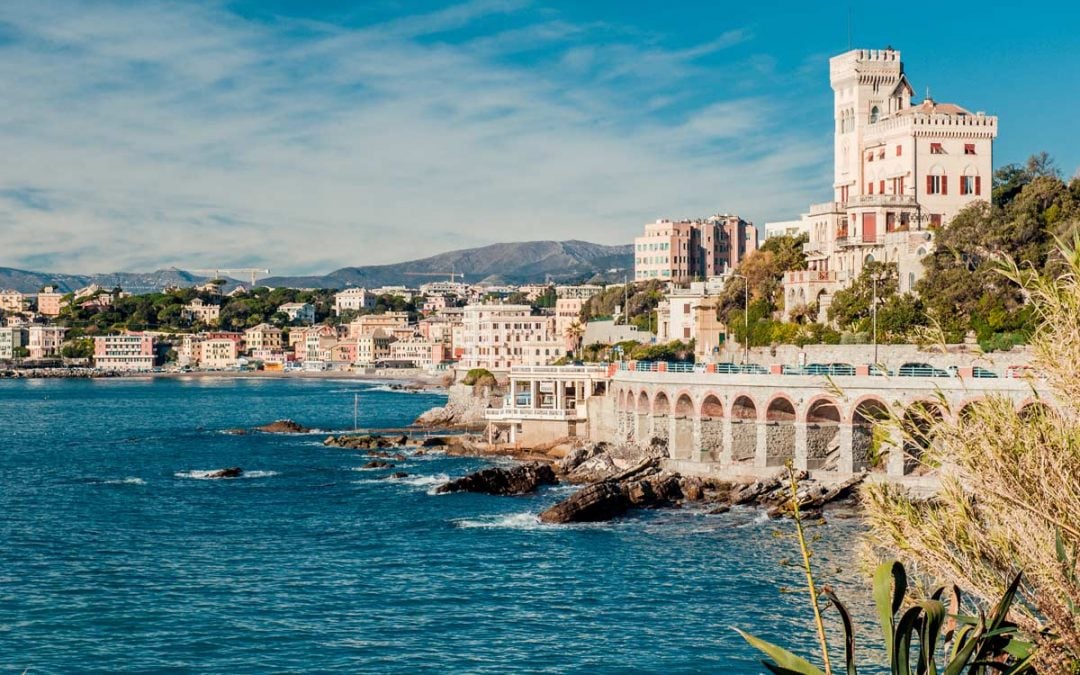 Genoa or Genova in Italian is a busy port city located in the coastal region of northwest Italy called Liguria. This area is nestled between the ocean and the sea along the Italian Riveria. It is the 6th largest city in the country. Perhaps an underrated city in Italy this Genoa city guide can help first timers navigate the city and find its treasures.  Genoa has art, history, delicious cuisine, and unlike some of the other most popular destinations in Italy both the sea and the mountains close together.

Visitors can enjoy a walk along the Porto Antico which displays much of Genoa’s maritime history and its enormous aquarium. There is also the unique historical center with its small streets, historic palaces and local cuisine. The position of Genoa also allows for day trips to beaches and other charming fishing villages nearby.

It has a mild climate which allows for the growth of a variety of plant life, one of the most important to its cuisine being basil. This important herb makes up the main ingredient to pesto, one of the signature aspects of Ligurian cuisine. There are also particular seafood items to sample as well as the delicious focaccia of the region.

Check out the Old Port

The Porto Antico, representing the history of this city’s maritime power and serving as a modern day tourism hot spot, this area is full of museums, cafes, shops and restaurants. Renzo Piano, a well known architect by the Genoese, redeveloped the area in the 1990s which overlooks the Mediterranean Sea. In addition to all the opportunities for dining and shopping you will also find the Maritime Museum and the city’s impressive aquarium.

This park is a historic complex where a variety of typical Mediterranean flora grow. Here you will find a beautiful seaside promenade, a rose garden as well as others. It is a beautiful place to simply walk around and enjoy the plant life. If you are interested in further cultural exploration in Nervi there are also a series of modern art and design galleries.

This charming fishing village is a short bus, train or taxi ride from the city center. It boasts multicolored houses clustered together, typical of the Ligurian coast. Going here is a little like stepping outside the city bustle for a moment and going back in time to a small ancient town. Here you can grab a gelato, walk along the water or even admire the small fleet of fishing boats that remain.

Go to the beach

The coastal areas that surround Genoa are prime spots for a day at the beach. Two of the most popular nearby are Camogli and Portofino. Camogli is easily reachable by train for just a few euros from the Genoa train stations. Similar to Cinque Terre but less crowded, this beautiful fishing village serves as an excellent retreat for Italians from Genoa, Milan and even Turin. Here this beautiful beach is home to a beautiful marina and seaside walk. People recognize Portofino for its beautiful harbor and upscale, artsy visitors. To reach Portofino from Genoa, take the train to Santa Margherita Ligure and then a bus to connect to Portofino. 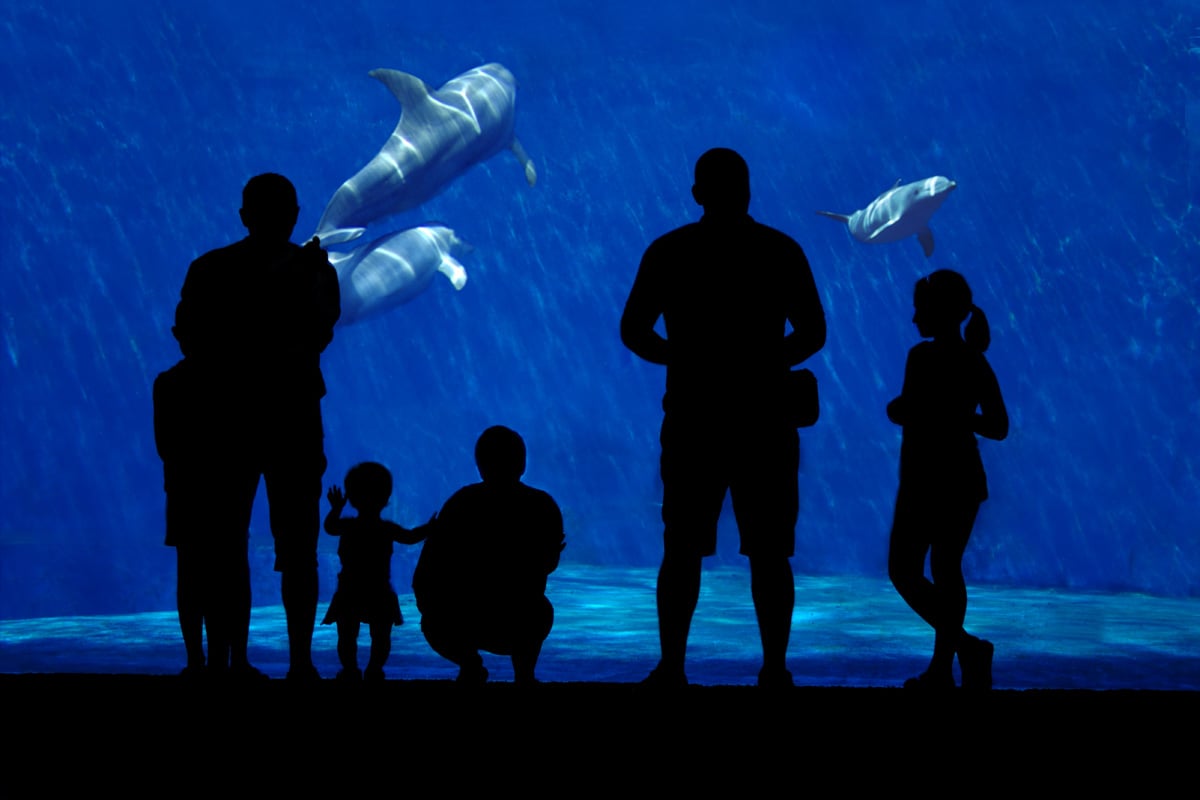 On Via Garibaldi it is possible to tour the Palazzi dei Rolli, or the Rolli degli allogamenti pubblici di Genova, are a collection of palaces in the historic center of the city. The UNESCO World Heritage Center recognized these buildings in 2006 as an important world site.  Aristocratic families in Genoa built these palaces in the 16th and 17th century and in the 15th century used them as public housing for state visits. The Genoese built these palaces during the “Secolo d’Oro or the Golden Century, so therefore the palaces are very elegant, with open staircases and extravagant courtyards.

You can find this 360 degree lookout point in the Castello neighborhood of Genova. The name comes from a Castle that was destroyed towards the end of the 19th century. For some of the best views of the city, which span from the medieval towers of the historic center to ships far out at sea, this spot is perfect. The point is reachable by walking uphill but it is also possible to take an elevator to the top from Piazza Portello.

This distinctive gothic Romanesque church houses the ashes of St. John the Baptist who is the patron saint of the city. It was an important meeting point in the Middle Ages for political and civil life. The British tried to bomb the structure in 1941 without success, it therefore remains completely intact.  Inside you can visit the treasure museum or admire the Last Judgement painting by an unknown Byzantine artist.

This aquarium is a source of pride for the Genoese being the largest in Italy and one of the largest in Europe. You will find the aquarium in the area of Ponte Spinola. The city built the structure to celebrate the famous discoverer Christopher Columbus who was born in Genoa. The celebration marked 500 years after his discovery of America. The aquarium has an impressive amount animal species included dolphins, sharks, seals and turtles and takes about 3 hours to visit. 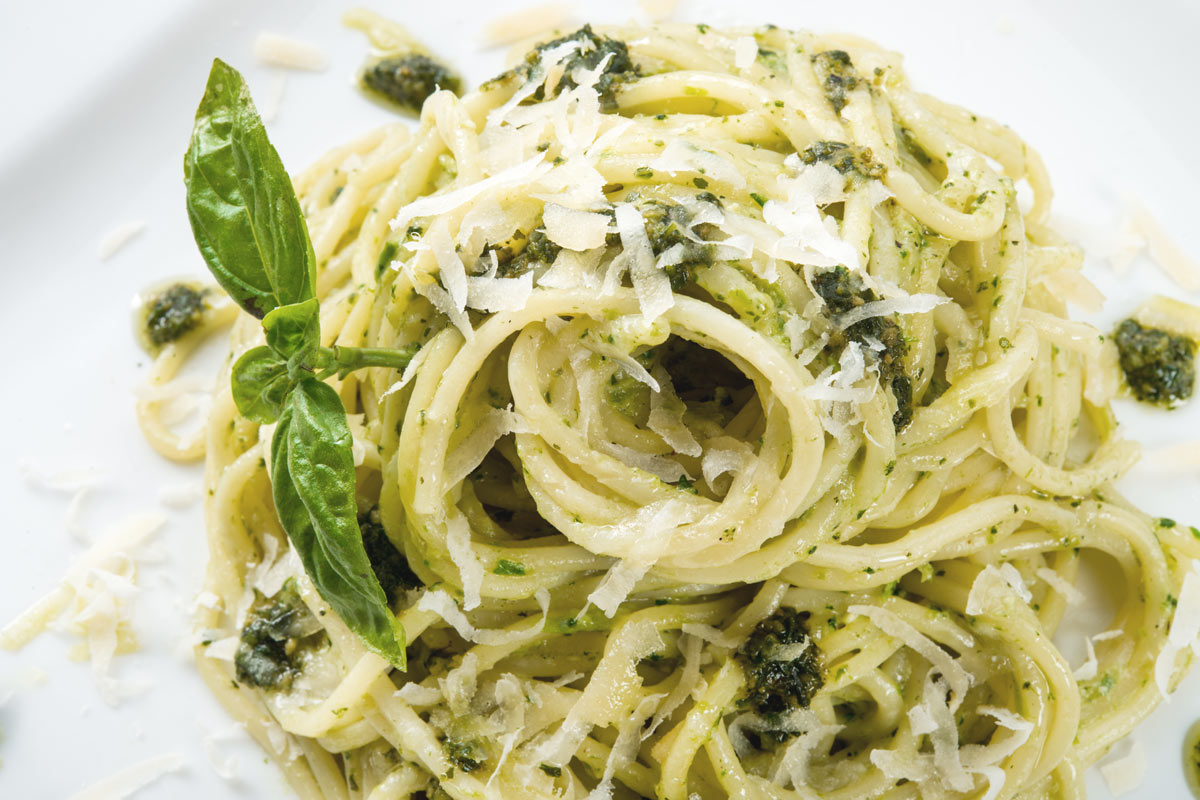 The Genoese make pesto with parmesan cheese, olive oil, garlic, pine nuts, salt and of course, local basil. It is this herb which can often make or break the recipe. It generally has large green leaves and a pleasant, sweet flavor. Italians use this sauce to flavor pasta, specifically trofie, gnocchi or sometimes with spongy square shaped Tuscan variety known as testaroli. Since the genoese love it so much sometimes they put it on meat or fish as well.

Genoa’s seaside location undoubtedly makes it a place to indulge in some seafood dishes. That said, the city also has many other types of cuisine inspired by its geographic location. Fish such as baccala (salted cod), red mullet, squid and anchovies are some of the most prevalent in cuisine. Many of these are served platter style, deep fried in olive oil. Look for Capon Magro on restaurant menus as this is a seafood dish ancient fishermen ate, made from fish and vegetables including potatoes, beets, artichokes, cauliflower, bass, hake and often other fish.

Popular in the Ligurian region, this pancake like item is made of chickpea flour. Its neither a focaccia, nor a cake, but a savory snack with a custardy texture cooked in water and is a must try in the region. The other ingredients that complete the recipe are salt and olive oil and often rosemary. The recipe has roots that go back to ancient Roman times.

City buses, lifts and funiculars serve in connecting residents to many parts of the city. There are over 100 bus lines as well as an underground line. Tickets cost 1.50 euro and can be purchased at newsstands and bars throughout the city.

The closest airport to Genoa is the Cristoforo Colombo Airport. There is moreover a shuttle, Volabus, that runs from the Brignole train station directly to the airport.