Easter in Italy: One Country, many traditions 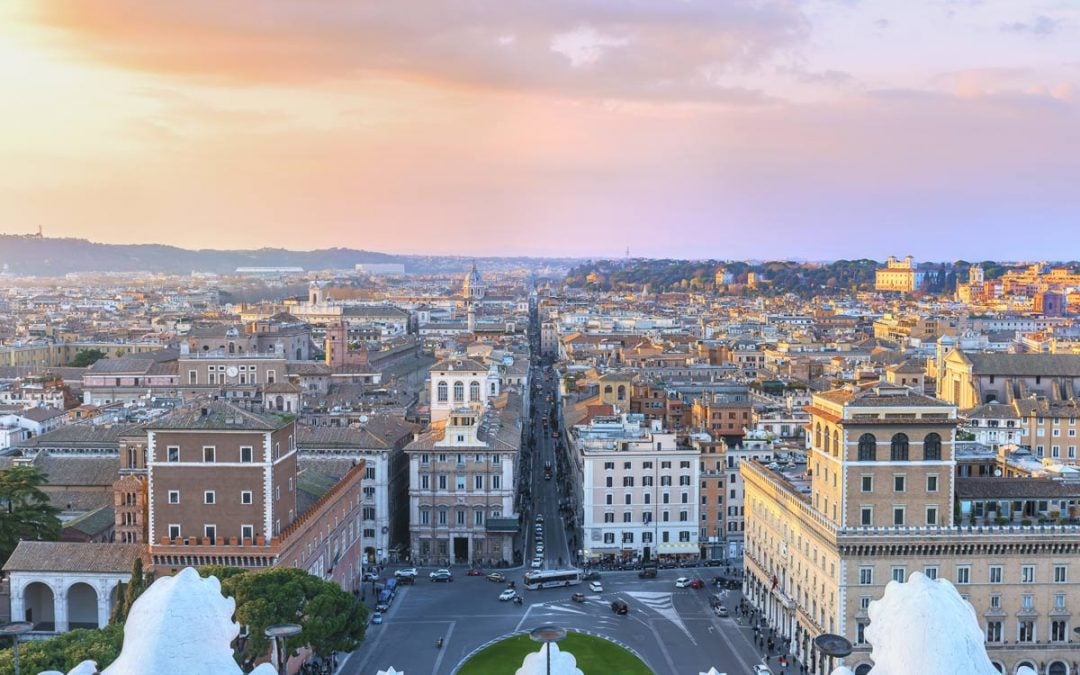 Being the capital of the Catholic Church for centuries, Italy is, without a doubt, a country where Catholic rites still play a significant role in the life of the population. If a simple walk on the cobblestones of Via Appia Antica or a quick visit to the Vatican assail us with memories of those times, the celebration of historically religious holidays could not be different; and with Easter right around the corner, what better time to get to know la dolce vita a little bit more? A complex web of cultural heritages, Easter in Italy is a time of great celebration when the sacred, the profane and popular folklore come together – when the Resurrection of Christ mingles with ancient pagan rites to celebrate the arrival of the spring and the life and abundance that come with it.Curiously, the Italian Easter does not end on Sunday. The Pasquetta, a holiday celebrated on the Monday after Easter, marks the end of the holiday and is usually celebrated outdoors – family picnics fill the city parks and the countryside. After all, spring has come and it is time to enjoy the sun, the warmth and the flowers blooming in every corner! However, some Italian cities have quite different and unusual traditions! Want to find out more how each region celebrates the Holidays?

Tradition tells us that the ancient Romans already celebrated during the Easter period a cult of fertility, when the children had to search for hidden eggs in their homes and received candy as a prize, a common tradition until very recently. Today, though,  the solemnity and austerity of the Easter liturgy unfold in the Vatican, the apotheosis of the Holy Week celebrations being the annual Urbi et Orbi blessing in St. Peter’s Square, accompanied by thousands of pilgrims from all over the world.But after the pain and sorrow of the Passion, how do the Romans today celebrate the resurrection?

Here comes the more prosaic, but no less spectacular, Italian characteristic: the good eating! Easter Sunday begins with a cup of squaglio for breakfast – a delicious gulp of the traditional hot chocolate topped with whipped cream gets romans ready to start preparing for lunch! There emerges the famous abbacchio (lamb), obvi

ously preceded by the antipasti and the primo piato, followed by the essential colomba pasquale, all washed down with excellent Italian wines!

By the way, what is the origin of Colomba Pasquale? There are several possible versions, but it seems that the most plausible one is that the town of Pavia in northern Italy was about to be sacked in the 6th century by the soldiers of Alboino, king of the Lombards. Frightened by this prospect, one of the city’s bakers decided to make a dove-shaped cake, a symbol of peace, as a gift to the invaders, who liked the delicacy so much that they decided to spare the city. Another proof of how much food is part of the history of Italy and the life of the Italians!

On the far north of Italy, an ancient tradition is still celebrated in the Dolomite mountains. In the small village of Val Gardena, on March 19-St. Joseph’s Day, the city’s bachelors order painted eggs to single women, which they will later collect on Easter Monday. Should any of the bachelors be of the woman’s interest, she will paint the egg unlike any other, so that the suitor knows he’s been chosen. Eggs that are not delivered cannot be eaten and must be buried under the snow that still covers the entire region. Later, with the arrival of spring, the snow melts and the children have fun finding the eggs that have not fulfilled the mission to joining two lovers!

In the heart of Italy there is a curious celebration that brings together farmers, locals in tourist.  In the beatiful Piazza del Duomo, the atmosphere is festive as the people await the arrival of a cart, pulled by four white bulls, adorned with flowers and colorful props, and accompanied by a large procession. Once the procession reaches the square, the oxen are uncoupled and the cart, positioned between the Baptistery and the Cathedral, is loaded with gunpowder and connected by a rope to the church, from which a small dove-shaped spark is fired, which reaches the car and causes an explosion! The Scoppio del Carro (car explosion) is a tradition that has remained practically untouched since the first Crusade, in the year of 1007, and it celebrates the entrance of the first Christian in Jerusalem. After the burning of the car, the Florentines usually drink the so-called Vin Santo a sort of traditional holy wine, and enjoy bites of the famous Cantuccini, wine-soaked almond biscuits.

The small town in the Abruzzi region, on top of a hill with a breathtaking view, is one of the oldest cities in Italy – legend has it that it was founded by Achilles in 1118 BC! One of its many traditions is the procession of the Incappucciati, where men dress with hooded cloaks as a sign of humility and slowly march through the narrow streets of the historic center to the sound of ecclesiastical chants. The lugubrious torchlight procession is definetly a striking image! As a counterpoint to Friday’s mourning, on Easter Sunday the city’s population can be seen colorfully dressed.

Far south in Sicily, the Real Maestranza, the procession of the Holy Friday, is led by fogliamari that sing in the archaic dialect and are followed by the various maestranzas, all dressed in black in sign of mourning. On Sunday, however,  thanks to the abundance of wheat in the region, the joy is expressed by a rich variety of pastas for lunch, all served with succulent agnello sauces (lamb), or delicious pizzas with lots of olive oil, onions and anchovies. For dessert you ask? Of course we couldn’t leave out the classic torrone with honey, almond or pistachio!

The curiosities surrounding the Italian Easter don’t end here – practically every city, even in the same region, has different traditions and celebrations! Make sure to add Italy to your travel plans a find out more about the country’s beautiful and unique culture!